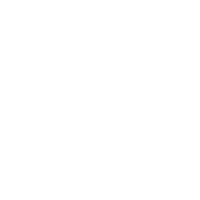 The artist’s interdisciplinary and experimental approach is especially well-suited to kickstart the dialogue between the project and the botanical garden’s context: her operating practice presents thus, for this occasion, an interaction with both the plant species and the architectural elements of the greenhouses existing on-site.

The Garden, the Tropical, the Succulents and South Africa Greenhouses, as well as the new Multiplication Greenhouse, therefore become the setting of the performance planned for “Les Doigts En Fleur”’s opening and for the video installation available for the entire duration of the exhibit.

The artist has chosen a few architectural elements with which to relate herself and has pinpointed a selection of plants that can be found inside the botanical garden, sampling their colours and studying their specific characteristics. The type of relationship that is built with the greenhouse environment is a symbiotic one, and its feedback are a series of mimetic images, in which organic and inorganic, human and inhuman entities permeate one another, both through contact and through camouflage.

In “Les Doigts En Fleur”—literally, “Blooming Fingers”—the fingers bloom, blur, and become thorns, become leaves, through a collection of accessories made from latex, lycra, tulle, and silicon. A tableu vivant thus activates the interaction between the flora and architecture of the Turin Botanical Garden.

The artist’s work becomes connector and device with the aim of putting into action a kind of reciprocal contamination. It creates impulses through tension peaks, ones that seduce and attract as much as the discovery of a new flower. This logic is part of a process that is soon applied to everything that can be perceived inside the botanical garden.

The interactions between performers suggest a new way to see and feel the landscape, leading the audience through greenhouses with different temperatures, and then guiding them back to open spaces that, while they started out as silent context, become now co-protagonists of a dialectic relationship with the senses.

Marina Cavadini (Milan, 1988) is an interdisciplinary artist working in Chicago and Milan.
She received her BFA in Painting, from Accademia di Belle Arti di Brera, Milan, her MA (with honors) in Visual Arts and Curatorial Studies, NABA, Milan and her MFA in Sculpture from the School of the Art Institute of Chicago. Marina is a recipient of the Eldon Danhausen Fellowship for Sculpture (2017). She received Scholarships from Ox-Bow (2017) and from NABA – Nuova Accademia di Belle Arti di Milano – Dalla memoria alla materia Award (2013). Her work has been shown in institutions including the Sullivan Galleries (Chicago, IL), Hyde Park Center (Chicago, IL), the Joan Flasch Artists’ Book Collection (Chicago, IL), La Triennale di Milano (Italy), Parco Arte Vivente (Turin, IT), Isola Art Center (Milan, IT), 77 (Milan, IT), Palazzo dei Giureconsulti (Milan, IT), and Frigoriferi Milanesi (Milan, IT).

To get a copy write to: info@hothosueseries.com


With the patronage of


With the support of